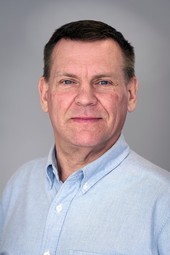 Today, we’d like to introduce you to Kevin Jewett, Tolko’s new Vice President, Woodlands Division. Originally from New Brunswick, Kevin’s extensive professional background and leadership philosophy makes him a great fit for Tolko. Based out of our head office in Vernon, BC, Kevin shares a few thoughts with us on how he began his journey in forestry and reflects on his career.

CC: Tell us a little about your professional background…what brought you to Tolko?

KJ: I received a Bachelors and Masters degree, both in Forestry, from the University of New Brunswick (UNB). From there I moved to British Columbia to work for Slocan Forest Products (SFP) where I progressed through several positions in their Woodlands Division, finally landing in Quesnel, BC as Woodlands Manager.

I remained with SFP as Woodlands Manager during Canfor’s acquisition of SFP and eventually moved into a development role in manufacturing. In 2007, I moved east to Fredericton, New Brunswick and held the role of Vice President Fibre Supply and Government Relations for AV Group, a dissolving pulp producer owned by the Indian conglomerate Aditya Birla. Five years later I became President and CEO of Fornebu Lumber Company, a small privately owned company with sawmilling, land management and logging operations in Miramichi, New Brunswick. After six years in that role, I was fortunate to come back to the west and join Tolko.

CC: What is/are the most valuable lesson(s) you’ve learned during your professional career?

KJ: Be patient and do not panic. Problems will come to you every day, so you can let problems manage you or you can choose to manage the problems. Successful people choose the latter.

CC: What’s the best advice you’ve ever received from someone/who inspires you the most?

KJ: The best advice I have received has come from at least two people who have had extensive experience and success in the forest industry. Both told me to concentrate on being productive, and not on being busy. I think it was most eloquently put as “you can only dodge so many snowballs”. Society seems to value the concept of being busy, but we should concentrate on being productive.

CC: If we’re sitting here a year from now celebrating what a great year it’s been for you in this role, what are we celebrating? In five years?

KJ: We will always celebrate when our people go home safely to their families. I will also be pleased if we can say that we have made opportunities available for our people who want to take on new roles and more responsibility. I’m eager to work with a well-rounded Woodlands team that is knowledgeable about the forest industry and the needs of our manufacturing facilities.

CC: What advice would you give to someone just getting started and looking to build a great career at Tolko?

KJ: For those people just starting out I would suggest that they concentrate on getting their job done as well as they can and be patient. Opportunities come to those who are good at what they are tasked with today. You will need to set yourself up to win, if you are ahead in your responsibilities it is much easier for your manager to make opportunities available for you.

KJ: To me, leadership is always built on a high standard of integrity. Leaders should be able to identify and focus on pertinent issues and communicate the reasoning behind that focus – what is important and why. A good leader will be open to collaboration in the decision-making stage but will be unwavering and supportive in implementation once a decision has been made. If this is done right, a good leader can lead through influence and trust.

CC: For fun: what’s the top item on your bucket list?

KJ: I have two bucket list items for this summer! The first is to get my family all living together on the same side of the country. The second is to take the time to run a half marathon or two!