Congratulations to all our Lumber Grading Champions! 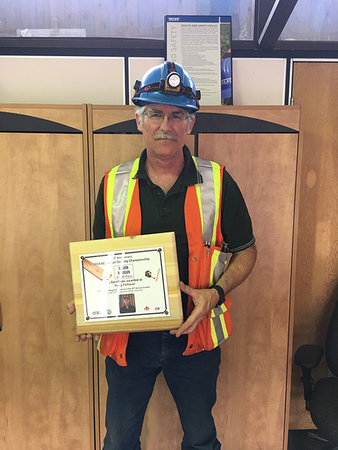 Another winner is Doug Felhauer (above) of Tolko’s Armstrong Division who ranked eighth in the competition.

Other Tolko employees who competed at the event were Weijie Wang and Jagdev Dhaliwal of Lakeview Division, Dave Bissell from Soda Creek, and Jagdish Puri from Quest Wood Division.

“I heard competition was pretty tough this year, and I don’t speak for just myself to say how proud I am of every one of our team members’ dedication and work ethic,” says Clay Bremner, continuous improvement coordinator at Tolko’s Soda Creek Division in Williams Lake, B.C.

“Each person put in lot of effort into this competition and it showed,” he says. “Absolutely excellent work from everyone involved!”