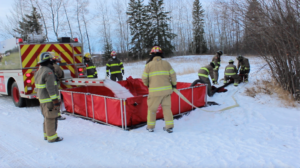 “We would like to sincerely thank Tolko for letting us use this structure for our practice this last weekend,” says Trevor Cisaroski, High Prairie Fire Department Chief. “It’s not often a fire department is able to use a house as a fire practice, and opportunities like this enhance the skills of every person involved.”

The structure was offered by Tolko because it had been declared “unfit for human habitation” and was deemed to be beyond repair. During the controlled house-burn scenario, the fire department practiced their response times running the truck’s water pumps to ensure a steady water supply to those fighting the fire.

“It’s a pretty surreal feeling being able to sit inside a burning house with control measures in place,” says Trevor. “To be able to look around and watch the fire’s behavior, to know what to listen for, to see the effect of just small amounts of water. We kept in constant communication with our fire fighters outside of the structure so they could learn more about the different stages of smoke.” 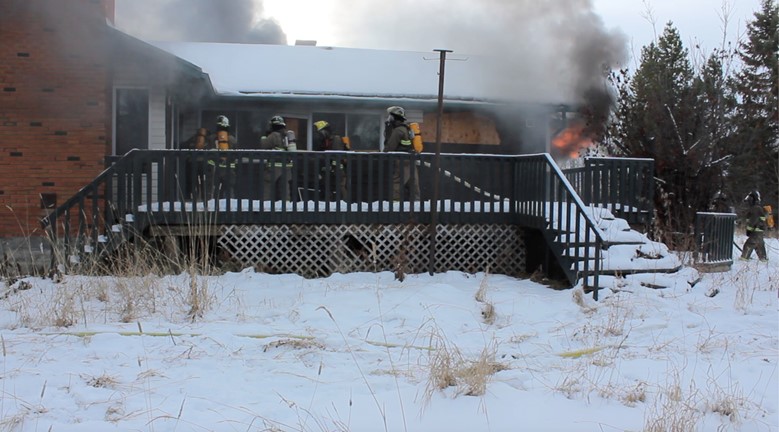 Once all the inside fun was done, the firefighting team was able to see the effect of venting, along with what happens when windows are broken. According to Trevor, broken windows provide more oxygen for the fire, which results in a more rapid burn. He adds that everyone on the ground has a specific and critical job to do. Having a controlled setting to experiment with, he says, is the best opportunity for his team to improve their skills, learn more about how fires behave, and try different fire-fighting techniques.

Trevor adds, “When the department is given opportunities like the one this past weekend we are beyond grateful.” 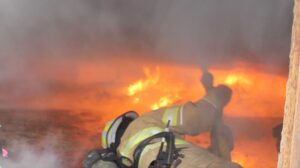 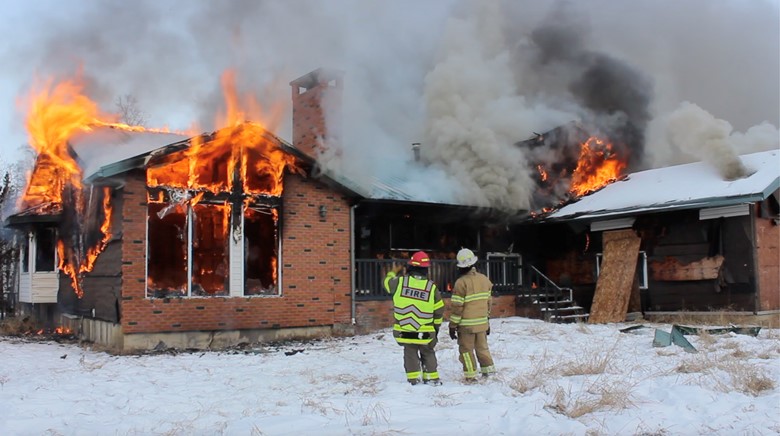