Summer just got more fun for families thanks to Tolko

Summer in the backyards of some Vernon families got a little more fun thanks to Tolko’s senior leaders who built playhouses for them in a team building event intended to give back to the community.

“It’s important to the Thorlakson family that we give back to the communities in which we operate,” says Brad Thorlakson, President and CEO of Tolko.

“It was so moving to see the looks on the children’s faces when they were presented with their bikes,” he says. “We enjoyed the experience so much that we wanted to do something like that again, this time using wood.”

Of the eight playhouses built, five were given to families, randomly chosen by the Okanagan Boys & Girls Clubs, and three went to the Vernon and Armstrong Boys & Girls Clubs, with one earmarked to be raffled as part of the organization’s fundraiser.

With the help of Rob Ellis of Rellish Transport Services and Greg Nachtegaele of Armstrong Crane and Rigging Inc., the playhouses were delivered to the homes of the children and their families.

“I am pleased that our event partners also saw the value in this project,” says Brad. “While this opportunity was initiated by Tolko, it was great to see our community partners jump on board.”

“The Boys and Girls Club has become a home to us now,” says one parent. “I honestly don’t know what we would do without what the club has to offer.”

“Thank you, Tolko,” says Richelle Leckey, Community Engagement Coordinator for the Okanagan Boys and Girls Clubs. “Tolko’s support of our organization over the past few years has made such a huge difference in our community.” 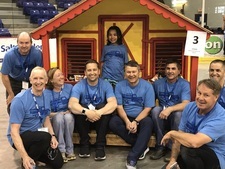 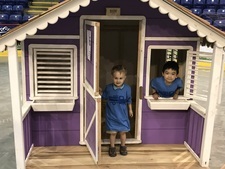 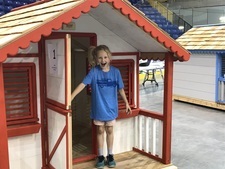 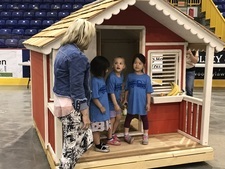